Any of these can be used to boot Bering-uClibc 7.x.

Bering-uClibc 7.x uses one of SYSLINUX, ISOLINUX or PXELINUX as the boot loader, depending on the type of boot device being used. 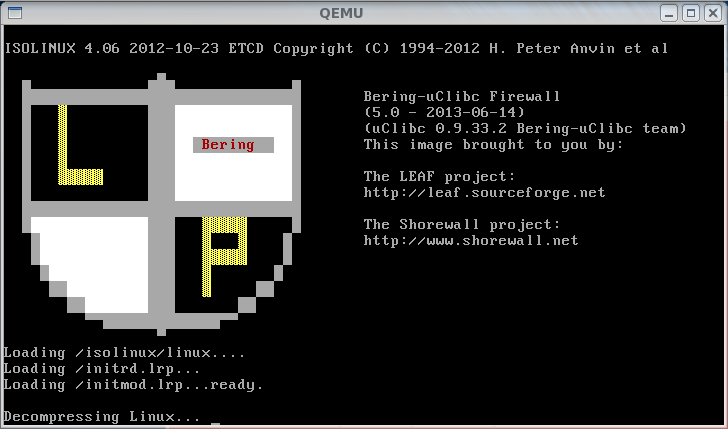 The Linux kernel starts executing against the contents of the initrd disk image.

Shell script /init (actually a symbolic link to /var/lib/lrpkg/root.linuxrc) is a critical file with a huge influence on the startup of a Bering-uClibc 7.x machine.

init runs the initialization scripts located in /etc/rc*.d and launches /sbin/getty on terminals under the control of /etc/ttys.

For users most important is to set the terminals settings especially for serial consoles accordingly. For console terminals it looks like

needs to be activated.